As soon as I got off the short flight from Kota Kinabalu to Sandakan which is on the other side of Sabah in Borneo, I immediately caught a Grab (really cheap taxi app that I wouldn’t recommend highly enough) to Sepilok, home to both the Orangutan Rehabilitation and Sun Bear Conservation centres.

I have nothing against the sun bears but I first had to go the orangutans, priced at 30RM for non-Malaysians with 10RM extra for cameras it seems excessive compared to prices in Malaysia but it is just £8 (or convert it to whatever you use) which I’d happily pay to see orangutans, as it isn’t much to pay to be honest. No bags were allowed in the place so you have to keep it in a locker, which is probably better than wresting with a critically endangered and strong animal to keep it.

I first went along the boardwalk looking around, listing to the birds calling and some very colourful and interesting butterflies were also flying around but they were quite difficult to catch on camera. Then I just suddenly heard the start of a downpour, however it was very localised. I turned around to see a stream of ‘water’ falling down and hitting leaves as it fell. I continued up the stream to see very high up, an orangutan and my first semi-wild individual of such an endangered species. Way too high to take photos of, I was still over the moon to just think “I am in Borneo seeing Orangutans” that is a childhood dream of mine, still a few months later writing this I can’t believe it.

As I continued on, I regretted not trying to take a photo even though the orangutan was very far away and the lighting was atrocious.

Eventually in the centre you would come across a feeding platform. Empty when I arrived, of both orangutans and visitors, I was very fortunate with my timing as a mother and her young baby hanging on to her, were slowly on there way via the handrails of the path to the platform, with a few men acting as security for the very important duo.

I had got there just as feeding time was starting. One of the men working there, threw heaps of food onto the platform and there was nothing to do from that point apart from wait.

Slowly the mother and her child arrived at the platform and she sat down and went to work on the feast in front of her. A younger orangutan arrived shortly after, much to the mother’s annoyance, and quickly became the star of the show, swinging about and showing a very energetic and cheeky personality.

A few more orangutans joined in with a pig tailed macaque and a long tailed macaque also making an entrance. Even though all were sharing, it was very apparent they weren’t all keen on that idea.

Sharing a car park and exactly opposite the orangutans was the Sun Bear Conservation Centre. Again a bit steep for prices in Malaysia the entrance fee was 31.50RM for non-Malaysians but still however reasonable comapred to prices for things in western countries.

To be totally truthful, there isn’t much here, same with the orangutans, but what is here is definetely worth it and the underlying reason it’s here is even more worthwhile.

From a viewing platform, you look down onto the sun bears which are the smallest bears on the planet and look a little like cubs. While I was here, the chilling roar of a bull elephant rattled the forest. The centre had rescued something much bigger than a sun bear.

Also on the viewing platform someone had set up a telescope on a Japanese sparrowhawk (Accipiter gularis) which I managed to capture via my phone’s camera.

Both the sun bear and the orangutan are listed as vulnerable and critically enadngered on the IUCN Red List respectively. If you need more information about these place and these fantastic animals check out the links below: 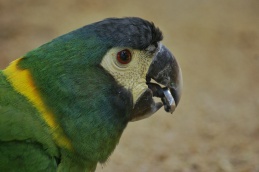 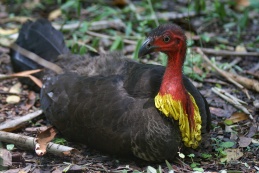 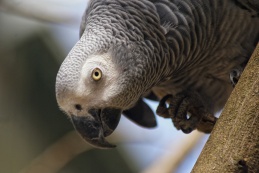 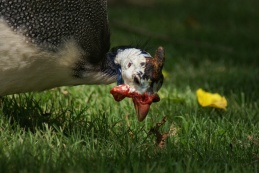 Of the 18 species of penguin, over half are listed as vulnerable or at higher risk! All penguins, apart from the Galapagos penguin, dwell in the southern hemisphere. Perhaps the […]
Penguin Awareness Day 2019
%d bloggers like this: