Of the 18 species of penguin, over half are listed as vulnerable or at higher risk!

All penguins, apart from the Galapagos penguin, dwell in the southern hemisphere. Perhaps the first thing you think of when you think of Antarctica, the majority of penguin species actually live in the southern parts of Africa, South America, various Pacific islands and New Zealand.

The largest and most famous species, the emperor penguin (Aptenodytes forsteri), is famously an Antarctic species thanks to it being the star of many documentaries and films. Numbers are pretty stable right now at around 595,000, however due to global warming it is expected to decrease a fair bit in the upcoming future. The other four species of Antarctic penguins are all listed as least concern. The chinstrap penguin (Pygoscelis antarcticus), the king penguin (Aptenodytes patagonicus), the gentoo penguin (Pygoscelis papua) and the adelie penguin (Pygoscelis adeliae) all have stable numbers but rising sea temperatures has seen an increase in the distance individuals travel for food, this along with a rise in tourism disturbance has seen a negative impact on a certain populations.

Along with most species native to islands, the penguin species inhabiting New Zealand, Australia, South Pacific islands and the Galapagos islands have been no exception to suffering from the results of the exploration and expansion of mankind. The yellow-eyed penguin (Megadyptes antipodes), the snares penguin (Eudyptes robustus), the erect-crested penguin (Eudyptes sclateri) and the Fiordland penguin (Eudyptes pachyrhynchus) all from New Zealand are all at risk. This is due to the introduction of rats and stoats which have devastated all kinds of wildlife on islands, not just penguins, due to eating eggs and the young of animals. Over-fishing is also a major issue for all penguins and is also a factor for the decrease in the numbers of the New Zealand penguin species. Luckily for the royal penguins (Eudyptes schlegeli) on the Macquarie Island, halfway between New Zealand and Antarctica, there has been no threat of invasive species. Although due to its limited range, the royal penguin is still listed as near threatened with over-fishing causing harm to their numbers too. The last species of penguin on New Zealand is the fairy or little penguin (Eudyptula minor) which is at least concern and has developed populations in urbanised areas such as Wellington. The urban penguins however do face different dangers than their more wild counterparts, which is why many penguin crossing signs have now been installed along New Zealand roads.

Definitely in the UK and maybe all over the world, the most common penguin to be seen in zoos is the Humboldt penguin
(Spheniscus humboldti) which is found along the coast of South America in countries such as Chile. However this species is listed as vulnerable with around 32,000 left in the wild. Over-fishing is also a huge issue for them, along with invasive species and habitat loss.

The South Americas are also home to two other species of penguin, including the only one found in the northern hemisphere. However only just in the northern hemisphere, the 1,200 or so Galapagos penguins (Spheniscus mendiculus) are at a great risk of extinction. Climate change is a major reason into why they are declining badly. For long periods of time, warm sea temperatures have resulted in a lack of currents that would normally have brought many of the penguin’s food to the islands. The lack of these ocean currents has led to famines and unfortunately population crashes. There is obviously a big fear with the increasing change in the climate that these periods of warm sea waters will become more often and therefore more catastrophic famines are bound to happen. The megallanic penguin (Spheniscus magellanicus) of Argentina and Chile, had a horrendous couple of decades during the 80’s and the 90’s where it was estimated that 20,000 were killed each year. Although only listed as near threatened, the population of the megallanic penguin is decreasing.

A surprise to many, the blisteringly hot continent of Africa is home to a species of penguin. The Afrcian penguin (Spheniscus demersus) also known as the jackass penguin due to its donkey-like call. Between 1900 and 1930, 13 million Afrcian penguin eggs were taken by egg collecters. With numbers currently down to roughly 50,000, the endangered African penguin is still decreasing due a lack of prey, again from over-fishing.

Today, the 20th January, is Penguin Awareness Day and it is an opportunity to highlight the problems affecting not just these wonderful birds but also the huge majority of the world’s marine life. Over-fishing is perhaps one of the most catastrophic events happening currently which many aren’t taking seriously enough. People who go pescatarian thinking it’s more beneficial for the planet and less destructive shows the lack of information, education and severity shown towards this subject. Invasive species is also a well known destroyer of island life, although species aren’t being introduced to new countries as much anymore, the vast numbers of invasive species as a result of centuries of breeding are proving a major problem and difficulty in dealing with their eradication.

The last common problem facing all penguin species and other sea creatures is global warming. Ice melting, the decreasing salinity (less salt in the water) and the rising sea temperatures and levels, are having a massive impact on all sea life.

To help save the penguins, we therefore do not focus primarily on the penguins themselves, although many groups worldwide have been set out intentionally to protect the different species. Instead, the general public, you and I, need to change our life styles to focus on consuming less fish and seafood as well as decreasing our use of greenhouse gases by altering the products we buy, the food we eat, the form of transport we take among other ways. 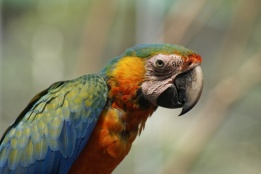 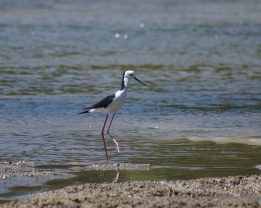 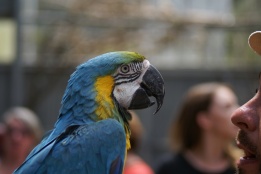 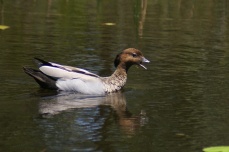 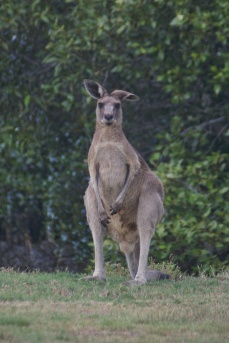 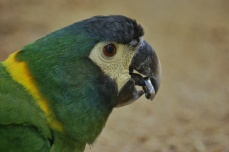 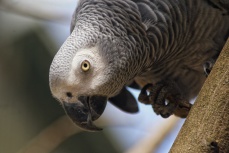 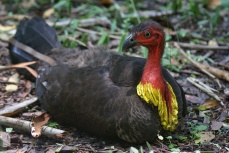 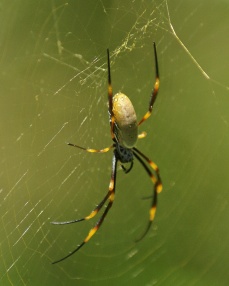 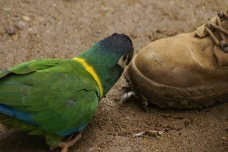 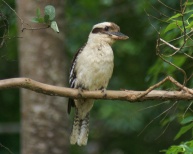